The nuances of tokens listing on exchanges

Whatever the result of listing in the short term (we hope this material will help you to predict the most likely outcome), it will in any case benefit the asset. After all, the greater access to the general public will receive a cryptocurrency, the higher will be its value in the future.
Finally, I would like to note that for cryptoinvestors and traders, especially those who are keen on shortening, it is extremely important to follow stock listings and delisting, because the “exchange effect” is most noticeable at a short distance. 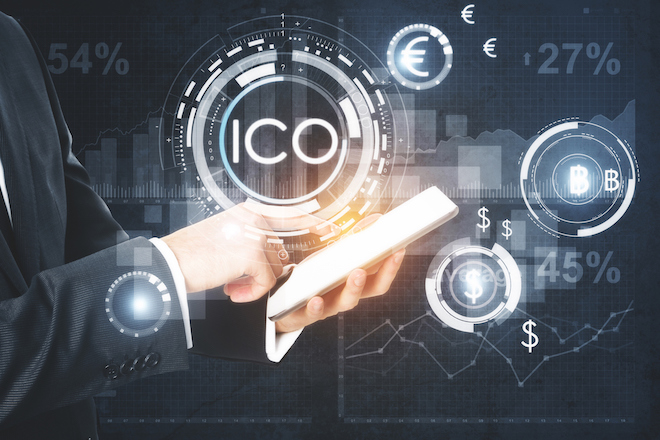 The commercial success of the cryptocurrency market in 2017 led to the fact that startups prefer to attract capital through the initial coin offering. Now this alternative is more affordable than IPO. In addition, investors consider such projects as a way of rapid enrichment. Those who invest, count on the ability to easily speculate their share. But to obtain liquidity, the ICO organizers need to add tokens to the listing of at least one trading platform.

For some market participants, this is the only way to achieve a rapid increase in equity. They should be able to trade, and many startups practically promise them this from the very beginning of sales.

“If you are preparing for an ICO, you need to prepare for the listing. It is important to get access to liquidity. This means that the larger the stock exchange, the more effort and cost it will take to get on the list, ”said Oliver Bussmann, a former technical director of UBS, who now runs the consulting firm Fintech.

Naturally, the majority of respondents believe that the fee in the amount of $ 1 million just for entering the list is clearly an exaggerated and unreasonable demand. Even for startups that have attracted multimillion investments, this is an excessive price.

“This is due to the fact that there are many who want to add their virtual currency to the listing. Trading platforms are places where liquidity and money are concentrated. That’s where the power is right now, ”said Michael Jackson, a partner at venture capital firm Mangrove Partners.

The developers believe that such conditions reflect the existing power imbalance between exchange services and cryptocurrency projects in the market. The situation is aggravated by the fact that the exchanges independently make decisions about which tokens to add. For some ICOs, this decision determines the future.

Contributions vary considerably due to differences between exchanges. According to CoinMarketCap, Binance’s daily trading volume, claiming to be the largest stock exchange in the world, was $ 1.9 billion. Bitstamp, the tenth largest platform, generated $ 232 million in turnover, which is about eight times less than the leader’s. Further down the list, volumes continue to decline.
Cryptocurrency developers seek to get a place on the best services, because with the growth of liquidity and the number of investors, the potential market value of the token rises, and this significantly increases the chances of a project to succeed. Some startups plan to be presented at several trading platforms, which can be costly.

Michael Jackson concerning this issue:
“On the one hand, there are developers of digital currencies who have collected $ 100 million, and on the other, exchangers who say:“ Why the hell can’t I get $ 1 million from this amount? ”Pure capitalism is probably the best word to describe the current situation.»

In 2017, the ICO market attracted investments of $ 5.6 billion, and the 10 largest projects collected a total of $ 1.4 billion. Based on this, the exchanges conclude that start-ups can afford an entrance fee.
The counterargument is that the trading platforms make good money themselves. At the beginning of March 2018, Bloomberg calculated that the 10 largest platforms charge $ 3 million for user services on a daily basis. Publicly available data on trading volumes and fees were taken for the evaluation.

Not all require a fee

Despite the fact that some exchanges use cash contributions to create barriers for startups with a small budget, there are those that add new tools for free. These include tokens based on project legitimacy and customer requests.
Coinbase (also owning GDAX) said that none of the platforms currently support ICO tokens. The company insists on a published methodology for evaluating potential instruments, which does not mention any costs associated with it.
Korean Huobi allows users to vote for cryptocurrencies that they want to work with without any contributions from the developers.

OKEx PR Manager Mandy Lau said:
“OKEx does not charge for adding tokens. However, to raise awareness and efficiency, we must demand that the project allocate enough funds to promote its company, ideas, missions, and so on.”

Bittrex and Bitfinex also claim that the listing is absolutely free. A Bitfinex representative explained:
“We do not charge for projects that will be added to Bitfinex. We are pleased to promote the development of the digital ecosystem by supporting viable projects of any scale through a platform where they can form a community of supporters.”

Binance, Upbit and bithumb refused to comment on this concern. Although the US Kraken does not require payment for adding new assets to the list, their “thorough token valuation procedure” has a certain value.

Over the past year, a lot of money has been transferred to cryptocurrency markets, mainly on exchanges. But most of the latter remain unregulated, and in many cases the operations carried out are opaque, and the owners of these companies are unknown.

Experts believe that the growing influence of decentralized trading platforms will gradually change the situation on the market. In addition, officials from Japan, Great Britain and the United States are calling on governments to fully control the cryptocurrency market. Many states have already begun work in this direction.

On the issue of regulation, Oliver Bussmann’s opinion is unequivocal:
“Due to regulation, business will become more standard and professional, and I think that this will have an impact on listing payments, among other things. This will increase the number and diversity of participants. At the same time, there will be more mature, more professional ICOs that will be 100% compliant with regulatory requirements.”