ICO insights — how to list your token on an exchange

Getting a token listed on an exchange may seem like a difficult process but with well-thought-out actions, it can be fairly straightforward. This article details what it takes for a newly issued token to be listed on cryptocurrency exchanges.

For ICO-funded blockchain startups, it is important to list their newly issued digital tokens on reputable exchanges. This not only adds credibility to their projects but also increases the likelihood that the token will grow in value as more investors have access to it.


Getting a new token listed on reputable exchanges can mean the difference between the success and failure. For ICO projects that hold on to a substantial amount of their tokens, maintaining token value can be integral to having enough funds available to fund the project’s development.
Furthermore, some projects require their token value remains relatively stable if token holders are to use it within the project for specific actions — especially if the token is positioned as a ‘utility’ token. In simple terms, a listing on a popular and ‘liquid’ exchange means more potential buyers. This is especially true if the token is trading on exchanges that support fiat on/off ramps. 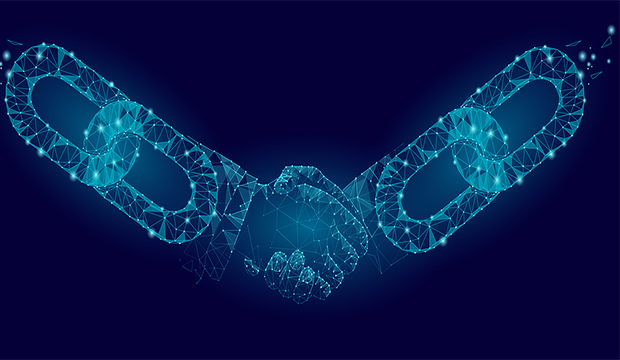 For instance, following its listing on GDAX and Coinbase, the value of Bitcoin Cash witnessed significant gains — almost doubling within the first 24 hours. Additionally, the trading volumes for BCH multiplied by a factor of ten in the same timeframe. However, if a project’s token is not listed on a liquid exchange, there is more likelihood of a dissatisfied community and frustrated investors.

Lastly, the more exchanges that list a token, the greater the reputation and standing of a project. While this is not the only metric used to measure a good and trustworthy project, it will not hurt to be listed on as many crypto trading platforms as possible.

Currently, there are over 500 cryptocurrency exchanges and new ones are launching on a weekly basis. While some listing requirements vary from platform to platform, there are some things that are quite consistent across exchanges. These are the things that need to be considered and planned for in order to make the process easier to get a new token listed.

First, a project needs to produce a high-quality value-adding product or service. Copies of existing platforms or blockchain use cases that are simply unnecessary will struggle to see their tokens listed on any reputable exchange. A project needs to be applying the blockchain in a novel way to fill a certain market gap or be providing a better alternative to an existing blockchain to increase the chance of a token listing.

Moreover, developers should possess a keen attention to detail especially with regard to the design and code infrastructure of the project. While some of the smaller and newer exchanges may not be overly concerned about software quality, established exchanges are. If a project’s code has vulnerabilities that could lead to cyber theft, the reputation of both the exchange and the token are at risk.

For example, in January’s $500 million Coincheck hack of XEM (the NEM token) the reputation of both Coincheck and NEM was impacted. Similarly, irregular trading on Binance in July saw Syscoin unfairly scrutinised for an incident that was purely API related.

Second, many exchanges will require a broad range of information on your project, including technical specifications, information about the team as well as details of the token sale.

Additionally, exchanges may need to see a token’s code for themselves in order to verify the security and robustness of the project. This is best done by posting the source code at Github. Other things such as a blockchain explorer, the maximum supply of the token, fees charged per transaction as well as the name and logo of the token will also be asked of projects.

Lastly, a token may also need to pass the Howey Test. This is a precedent set by the US Supreme Court, which is used to determine whether investments are classified as securities. If a token does not pass the Howey test then it might find it difficult to get listed on exchanges due to regulations passed by the SEC which puts security tokens under greater legal scrutiny.

To avoid unnecessary legal challenges as well as to abide with the law, many exchanges will only list utility tokens and digital currencies. To prove a token is not a security, some exchanges may require a written statement from a law firm.

First, startups need to get in touch with exchanges. Some exchanges, such as Bittrex, provide a dedicated page through where blockchain projects can submit their token for consideration. This is fairly easy. However, for some exchanges, the contact information is not easily accessible. This will involve more research.

Some startups reach out to industry leaders to act as advisors for their projects as they may be able to help with contacts at exchanges.

Once a token has been submitted, patience is required. Evaluating a token takes time and bombarding the exchange with questions will rarely help to speed up a listing.

The final but very important thing to note is that some exchanges charge a listing fee. There are reports that the figure ranges from $50,000 up to $1,000,000 in BTC. Therefore, startups need to ensure they can meet the financial requirements of the exchange. Having said that, there are some exchanges that will list new cryptographic assets for free purely based on the merit of a project and its digital token.