Exchange Effect: How Listing and Delisting Affect the Price of Tokens

Cryptomarket is still very young, and colossal volatility is a common practice. Let’s try to figure out what the course of a particular currency depends on and, most importantly, whether it can be predicted without resorting to technical analysis (or just to guess ,as opposed to this complicated method). Now we will consider such a growth/decline factor as the coin offering on the exchange.

At all times, and more precisely, since the rejection of the gold standard, one of the main criteria for the value of a currency is its prevalence, in other words, the size of a community that uses a currency and believes in it. Accordingly, the larger the community, the greater the confidence in the asset and the more significant the asset looks in the global economic area. 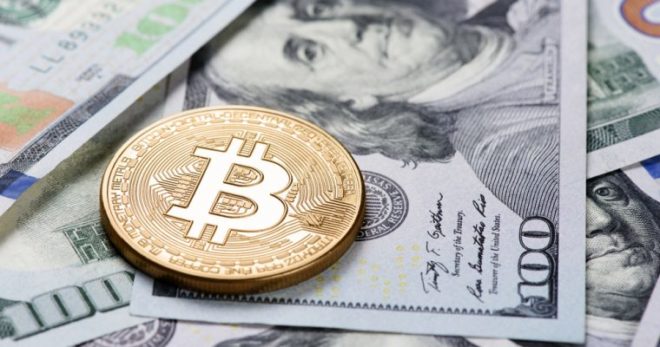 Despite the huge number differences between cryptocurrency and fiat money, the same factor remains decisive in determining the value of certain digital money. It can even be called the only one, because if fiat money have an imaginary link, that exists somewhere in our mind, to the gold standard, then the cryptocurrency does not even hint at supporting the price with a real resource.Despite the talk that Bitcoin may consider the amount of electricity consumed for mining one coin to be its “gold standard”, it’s too early to talk about their correlation.

In connection with the constant emergence of new decentralized payment systems, the creators of such products are increasingly faced with the question of how to build a strong and dedicated community around their cryptocurrency and how to competently declare themselves.

Since the exchanges are the main platforms for buying and selling cryptocurrency, they become the decisive factor in the recognition of cryptocurrency. Indeed, without the support of large stock exchanges, the purchase and sale of a digital asset becomes a difficult task. Consequently, there is a definite connection between the number of exchanges supporting one or another cryptocurrency and its success.

What happens when a token enters the exchange? First of all, the base of investors, ready to invest in a new cryptocurrency, is significantly increasing. Platform users can become community members or just asset holders. Token’s liquidity increases: with access to the stock exchange, it becomes easier to sell, buy or exchange them.

Thus, listing of assets on the exchange, like delisting, affects their value. In other words, the addition of tokens and their removal from exchange inevitably entail a change in rates.

The Classic scenario is the addition of a promising cryptocurrency, which has already been able to recommend itself. In this case, the following happens: when the listing is announced, the popularity of the coin increases, and people begin to buy it, which leads to an increase in the price. With the immediate addition of a coin, they begin to buy it on the “new” stock exchange, which additionally whips up the increase in the exchange rate.

Consider, for example, ICON (ICX). This is a platform for centralized applications, a very strong project that resembles ethereum and EOS, but with one important difference: ICON is able to unite different blockchains and make transactions between them possible. The first major trading platform for tokens of this project was Binance. Below is a graph of the growth of a coin after being placed on the stock exchange.

However, the listing does not always cause an increase in prices. If a coin goes to the stock exchange directly after ICO, it is worth taking into account the fact that many investors who have invested money at the initial offer stage will want to take profits when the coin goes to trade. This means massive sales, which will lead to a fall in value, if there are fewer buyers than sellers. It is also worth considering that the price of a coin at the ICO stage could be inflated and not corresponded to the realities of the market. As an example, consider KyberNetwork, which was placed on Binance in September 2017 and lost in value over the course of three months.

But still, the listing for cryptocurrency basically gives positive results, which are expressed in a sharp jump or a systematic increase in price (although a decrease, as we see, is also not excluded). But the delisting of any coin is almost always an omen of a significant reduction in its value.

A very revealing situation that fully describes the influence of public opinion on the exchange rate has developed around the relationship between the Coinbase exchange and the Ripple cryptocurrency. A rumor about the upcoming placement of Ripple on Coinbase, which, by ridiculous chance, was sent to the masses, led to an increase in the exchange rate of the digital currency by 15%.

Whatever the short-term result of listing, it will in any case benefit the asset. After all, the greater access to the general public will receive a cryptocurrency, the higher will be its value in the future.
Finally, I would like to note that for cryptoinvestors and traders, especially those who are keen on shorting, it is extremely important to follow stock listings and delisting, because the “exchange effect” is most noticeable at a short distance.